Miley is a beautiful, stocky girl who has had much success in the show ring, winning Best of Breed Puppy in Missouri & Reserve Best of Breed Puppy in Cleburne, TX.  She continued her winning ways through her adult show career and is now an Elite Grand Champion!  She is out of Mia X Smiley and seems to have taken the best qualities from each parent. 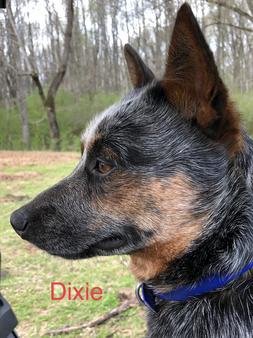 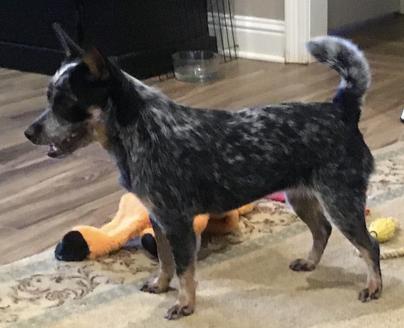 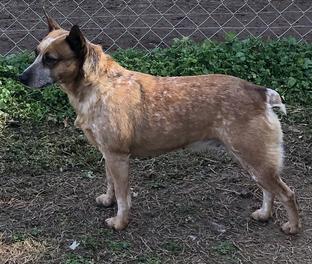 We're very proud of our Cora and Peyten!  They have excelled in the show ring and have just completed Cora's Championship title.  They also won the title of ASDR Top 10 Champion 12 & under division for 2020!   She and Peyten even won Reserve Best In Show (over all breeds, all age handlers)  with 280+ entries once!   Cora will now be retired from showing to concentrate on producing beautiful puppies.  Cora is dual registered with AKC & ASDR.  She stands 15.5" tall and has a very compact, square build.  She has been shown exclusively by my granddaughter Peyten, since Peyten was 7 years old.  This displays Cora's excellent temperament.  I look forward to seeing her puppies in the future.  She will be bred to Rhett for an AKC registered litter of large mini/small standards. 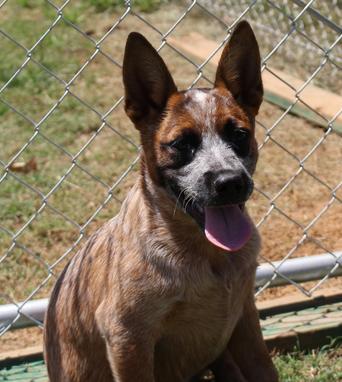 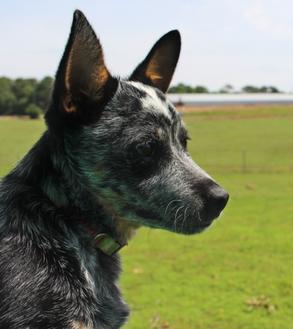 Peaches is a littermate to my sweet Dixie, out of Tia X Rhett.  She is the stockiest built girl I have, and she has that beautiful dark red mottled color to go with it.  Peaches is very laid back, never gets excited, easy going.  Peaches had 8 puppies sired by Luke, born 6/7/21.  One of those, JMS Secret Traveler, won Reserve Best In Show Puppy at the Cleburne, TX ASDR show!  Peaches has a new home. 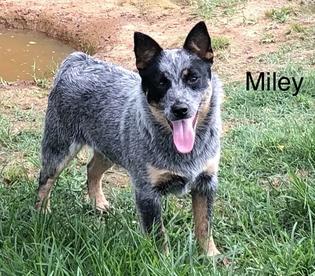 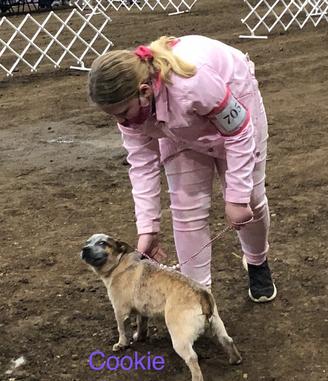 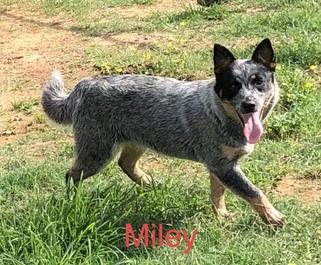 Bindi is one of my smallest girls at just under 13" and 16 lbs.  This little girl is full of energy, very affectionate, playful, alert, friendly, outgoing.  She's just like a little package of dynamite!   A full sister to Bug, she is out of Jules X Captain.  She had a litter of 4 by Johnny, all of them clear of genetic diseases.  Unfortunately, Bindi had trouble whelping, and she had to be spayed.

Chrissy is from Jessie's last litter, sired by Ripley.    She has had three litters of 9, 10, & 11 puppies and is an excellent mother.  She stands about 16" tall.  Chrissy is looking for a new home.

These are our Mini Heeler girls.  They are NOT for sale!

Tenille is a gorgeous red daughter of Lizzy X Jack, standing 14.5" tall and weighing about 23 lbs.   You will rarely see this girl without a ball or other toy in her mouth!  She LOVES to play!  She is a littermate to Captain.   She is very sweet natured and easy going.   Tenille has completed her time as a mama dog, and has been spayed.  She has a new home as a house pet. 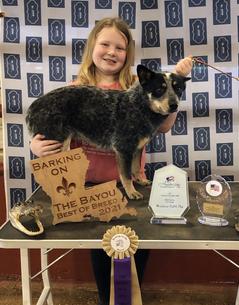 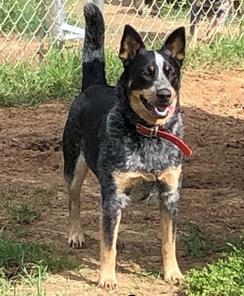 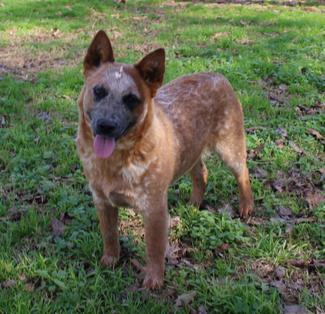 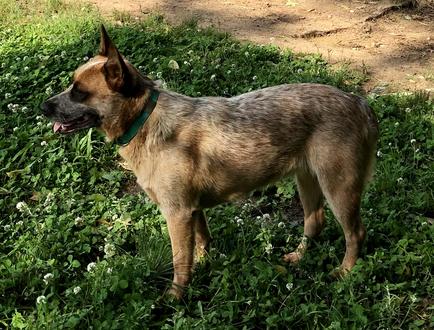 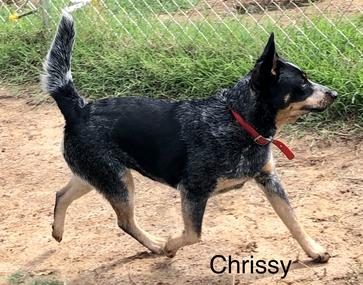 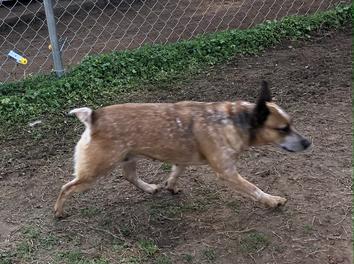 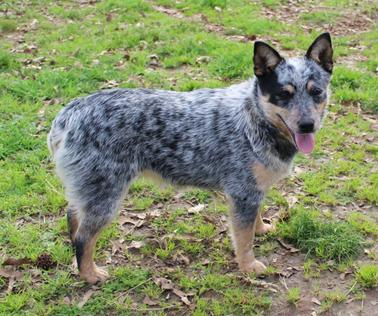 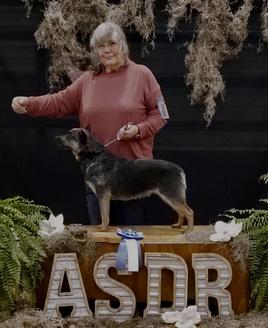 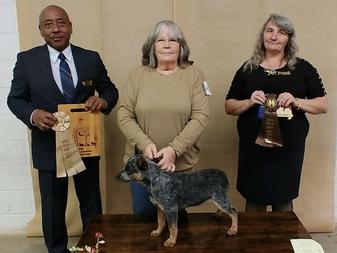 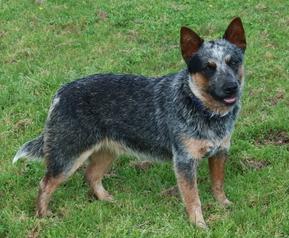 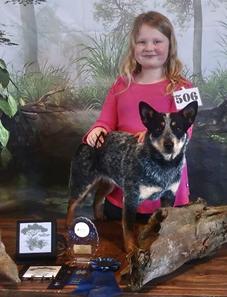 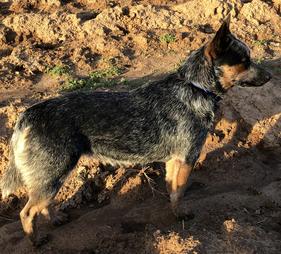 Dixie is the one who holds my heart.  This girl loves me so deeply and completely, that she hardly notices anyone or anything else.  Her parents are Tia & Rhett.  She was my beloved Tia's final gift to me.   Dixie loves to go on golf cart rides through the fields to see the cows, and we go out hunting Indian artifacts.  No need to worry about her wandering off, because she never wants to lose sight of me.  I can't say enough good things about my Dixie!  She has also done very well in the show ring.  At her very first show, she won Reserve Best In Show Puppy in a big ASDR show in Missouri!  Since then, she has won several Best of Breed awards and is now an Elite Grand Champion (highest conformation honors in ASDR)  now that she has completed her championship, Dixie will have her chance to produce puppies that are just as awesome as she is! 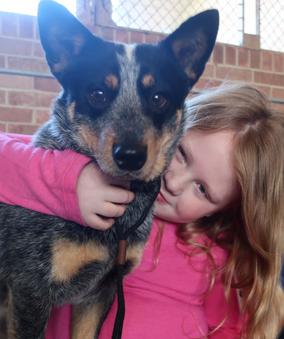 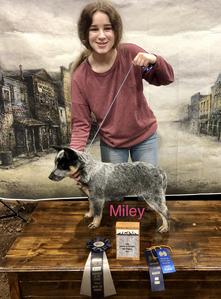 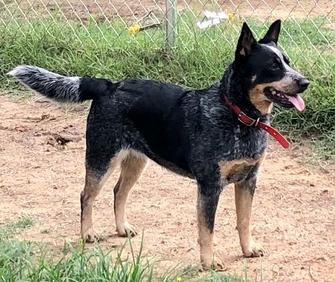 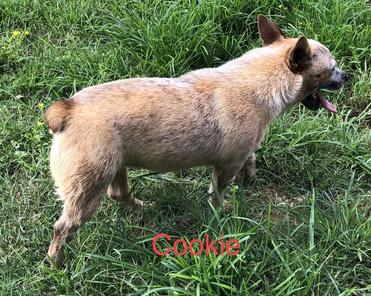 Cookie is like a little body builder....short and stocky and takes no sass off the other puppies.  Her parents are Skipper (full sister to Captain & Tenille) and Smiley, and she is practically a clone of Smiley, including his famous smile.  Cookie has a natural bob tail and will pass that on to her future puppies, which should be in early 2022.   Cookie has also enjoyed success in the show ring, but she can't seem to beat her half sister Miley.  Don't you love her smile? 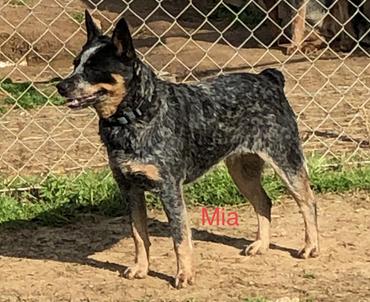 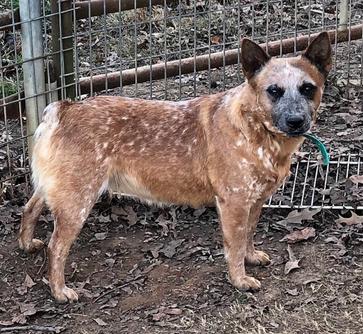 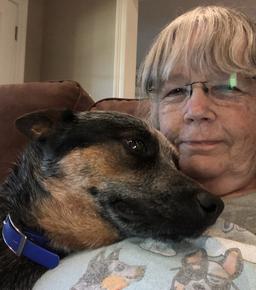 Clover is a stocky daughter of Tenille & Rhett.   She is sweet, playful, and friendly, although she wasn't a fan of the show ring.   I love her beautiful eyes and face!   Clover is now in her new home. 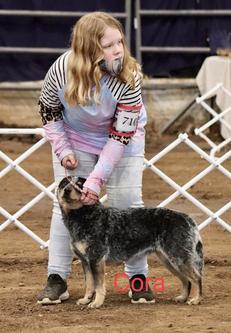 Jules is a granddaughter of Tia X Shank that I bought from Amanda Willey.  Wrangler is her sire.  She is very compact built and will stands about 13" tall.  She's a sweet but feisty one like her grandma Tia!  Jules has proven herself as my best girl at producing the smallest, correctly built puppies, including JMS Bug In A Rug.  (Look for Bug's Facebook page!) 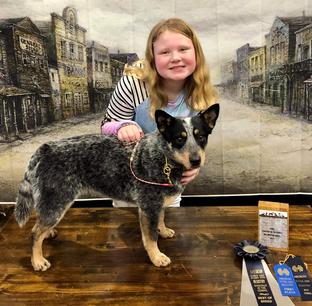 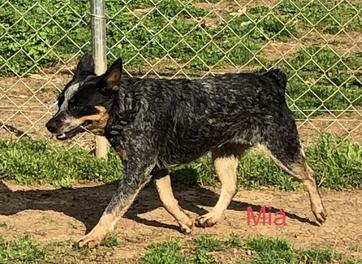 Mia is a beautiful daughter of Tia & Ripley.  She is a very alert, smart girl like her mother, but not as aggressive as Tia.   She is medium sized at 15".  She has had some beautiful puppies, including Cool Hand Luke and Miley Sunshine.