Jessie is 15" tall and has a slender but muscular build.  She is a very happy, bouncy little girl, loves everybody she meets, and loves to run and play.  She runs and plays so much, that I have had a hard time getting a good picture of her!  Jessie has produced 5 litters of super smart puppies .   She has now been spayed and retired.

But it doesn't end there.  Jessie has a story.

After she retired, I made the difficult decision to rehome her with a lady who had no other dogs.  I thought Jessie would be happier as an "only dog".  The lady drove 5 hours to get her from us, and then 5 hours back to her home.  She opened the door, Jessie jumped out, and she ran away, looking for us.  She was scared to death, in a very spread out town with forests, barns, and vacant houses everywhere.   We made the 5 hour drive to look for her, but there was no sign of her.  With the terrain where she was lost, we felt very discouraged that we would be able to find her.  After a week or so, I found a Facebook group for the town and started posting about her there.  Soon, people started posting that they had seen her.  We made a trip back to look for her again but came home without seeing her.  Meanwhile, my girl Maggie had puppies.  Maggie was not a good mother, and while we were looking for Jessie, she killed one of her puppies!  So I made the decision to raise the 4 remaining puppies by bottle.  Someone posted in the Facebook group that she had seen Jessie, and Jessie ran away from her, but she was able to take a picture of her.  Sure enough, it was Jessie.  Another person said, "I saw that dog by that house with a porch in the curve."  Well, OK, what street?  But she never posted again.  So, off we went on our 3rd trip, this time with 4 puppies being fed a bottle every 3 hours, for another 5 hour drive, with hope that we could find her now.  We felt encouraged with the little bit of information we had received.   With a little Divine Intervention, we happened to turn down a street that had a house with a wrap around porch in a curve.  And there was Jessie, sitting in the driveway across the road, like she was waiting for us!!  When she heard me call her, she started running zoomies around me!  She was so very happy to see me, but probably not as happy as I was to see her!!   She had been lost for 2 weeks, but I don't think she ever doubted that we would come for her.  All the way home, she kept her head on either my shoulder or my husband's.  She wasn't going to let us get away from her again.  Jessie is home to stay.

Here are recent pics of Jessie at 8 yrs old. 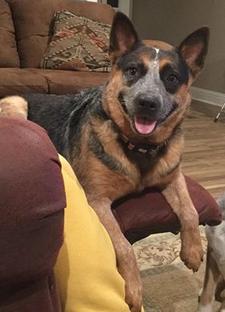 JMS Tia Dalma (Gone but never forgotten)
Tia was 13" tall and very stocky built.  Wary of strangers, she was very protective of her owners, but she was also the "melt in your lap" type who loved nothing more than to be loved by us.  Tia was the perfect combination of "sweet & spicy".   Sadly, Tia has crossed the rainbow bridge and took a piece of my heart with her.

Her legacy lives on in her offspring Speedy, Tooty, Mia, Dixie, & Peaches, as well as grandpuppies Luke & Miley.

Scarlet is my husband's farm dog, who loves nothing more than riding with him on the Ranger, taking care of business on the farm.  Unfortunately, Scarlet only had one litter, before she required an emergency spay due to a uterine infection.  She has a home for life here.  My young girl Sweetpea is Scarlet's granddaughter. 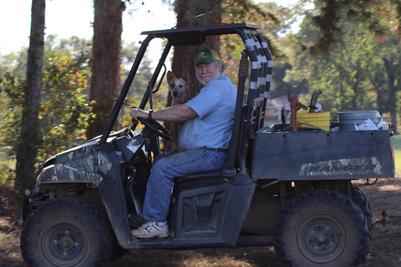 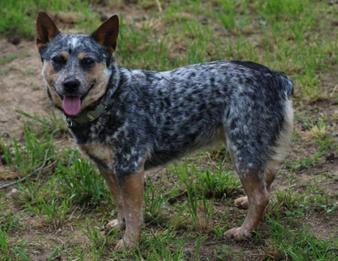 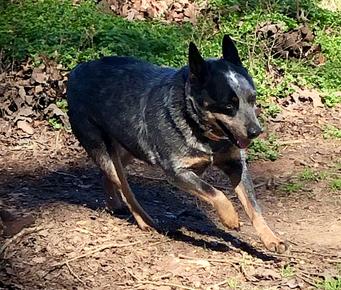 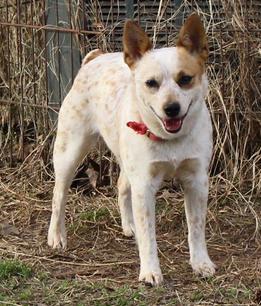 Tinkerbell (affectionately called Stinkerbell), has tons of personality.  She keeps us laughing!  We call her our resident clown.  She "talks".  She will carry on a conversation with me as long as I ask her questions.  Stinkerbell loves everybody she meets.  Unfortunately, motherhood was not for her, so she has been spayed. 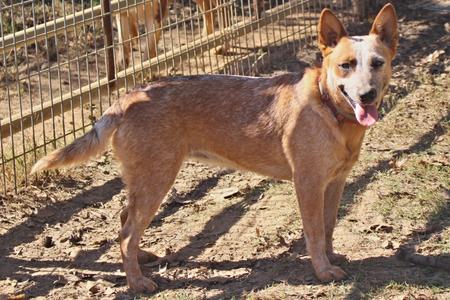 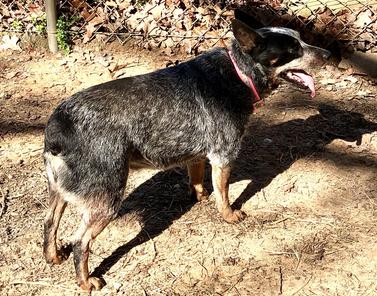 "Lizzy" is a tiny 11" tall, 13.5 lb. red girl, the smallest of all my dogs.  She is a very energetic & happy little girl.  Her litter sired by Jack Sparrow produced some of my best dogs, including Captain, Tenille, Gypsy, & Skipper.  She has now gone to her retirement home, traveling the country with a retired couple.